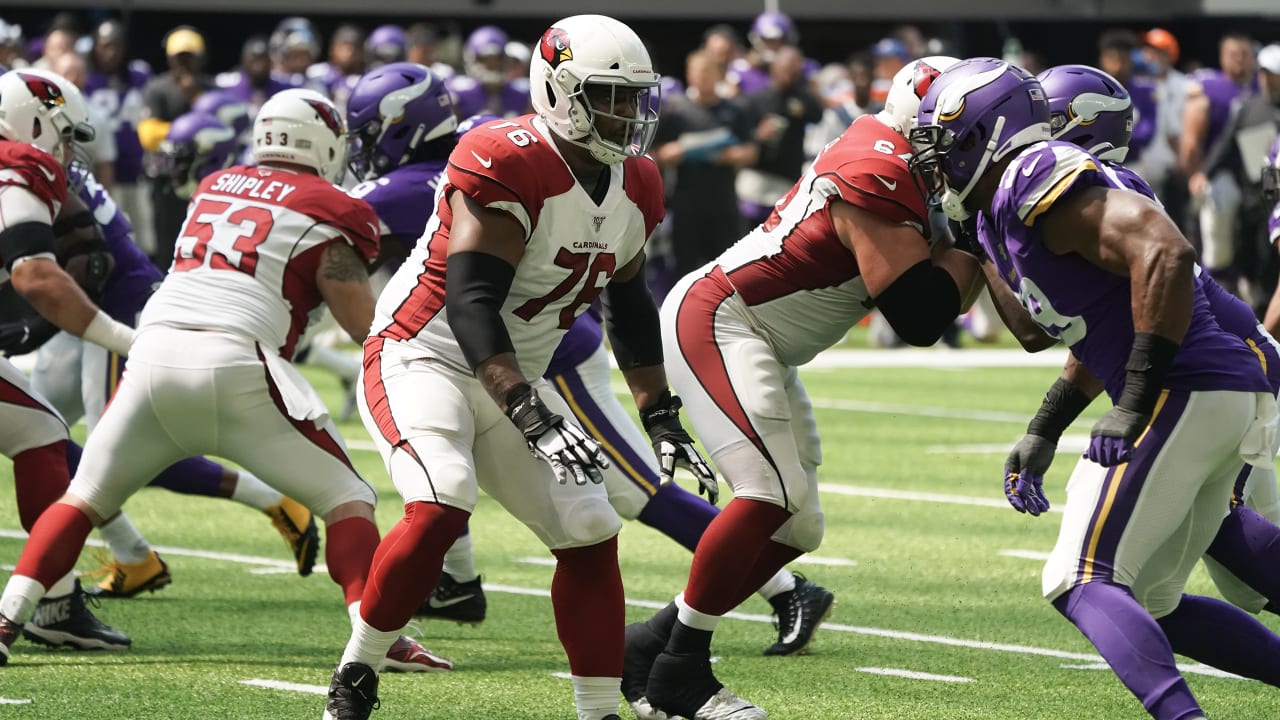 When the Cardinals traded for Pittsburgh’s Marcus Gilbert last offseason, he headed to Arizona with both talent and injury concerns.

The latter prevailed, as the veteran right tackle tore his ACL days before the regular season and missed the whole year. It was the latest in a spell of setbacks, as Gilbert has now missed an average of 12 games over the past three seasons.

However, even as his 32nd birthday approaches, it’s not retirement on the brain of Gilbert, but a return to the caliber of play he showed during his prime.

“I knew that wasn’t the way I wanted to go out, especially coming off a disappointing year before,” Gilbert said. “I had every thought to come back and reclaim that top right tackle spot (in 2019.) That did a lot of damage to me, but I still know I have a lot ahead of me. I don’t want to hang it up too soon. I know what type of player I am.”

Gilbert is an impending free agent in March. His fill-in, Justin Murray, is tied to the Cardinals in 2020, and General Manager Steve Keim also has cap space at his disposable, so it’s unknown how the right tackle situation will be addressed.

Gilbert is clear on his desire to return, as his goal in 2020 is to help a team become a contender, “and hopefully it’s here in Arizona, where I’d love to be.”

You’ve Got Mail: Waiting For Indy